A Museum of Broken Dreams in Zagreb 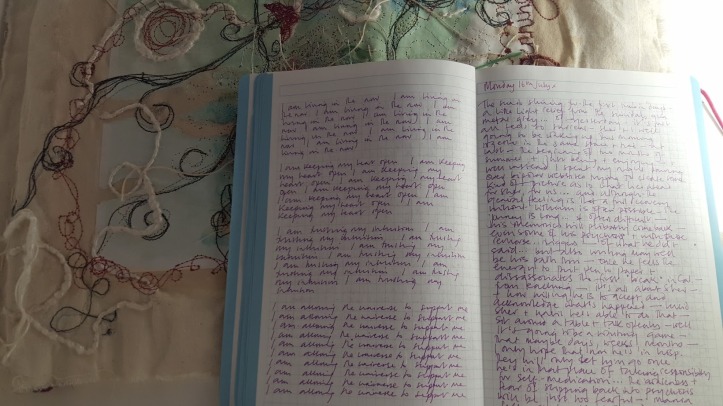 That is oddly what much of adult love is about.

What’s a love if it is simply (and quietly) contained in midnight whispers, extended private footsies under a restaurant table and soft hidden laughter, and not audaciously displayed (flaunted, one insists) on the world’s stage? What of the loss that comes in its wake? Does that too, not deserve a grand stage and a standing ovation? Here they come then – the happily-never-afters. The ones that were left behind… the ever-bleeding hearts, the ones who felt too much, and the ones who just never learnt to leave things be. 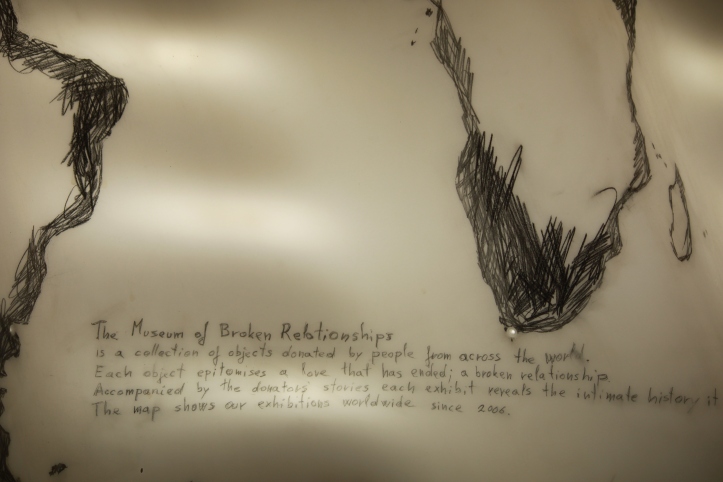 Yes the Museum is iconic for several reasons – we are all voyeurs after all, truth be told. Where there is love, there is loss and we feel somehow validated, that ours may not be the only or the deepest loss of them all. That ironically, whilst in love, we’d have liked to insist that nobody, yes, nobody before us could ever have loved quite like us. We stand alone, proud and defiant in the strength of our love – refusing to be counted amongst the others who came before, and the ones to come after. Yet, once it leaves us, we are just one of the many broken-hearted, trying to sing a collective operatic ballad to the demise of it, role-playing the part of the soprano who crumbles to her feet in a heap in the end. But tell that to the believers, and the star-counters. The non-believers like us just dunk a few beers, get ourselves an entrance ticket and spend a couple of hours in the cool confines of the museum on a hot Mediterranean summer afternoon. Who said anything about bleeding hearts?

A public demonstration of healing and the grieving over lost relationships may or may not appeal to many, but there is a certain humor in the stories (a coming-of-age story of the girl remembering her first boyfriend in Florida, by the memory of the first male organ she ever saw – in broad daylight and gleaming morning sunshine!), coupled with a lot of poignancy and some downright dark and disturbing stories as well (such as the ex-axe – an ex who literally went about axeing his (or her) way through the previous beloved’s furniture!).

Pop culture cinematic romance often has us equating the idea of love to that of a romantic love interest. The interesting thing about this museum is that it holds a serial “wake” not just for the loss of romantic love, but also the loss of a parent, a sibling and any love relationship that has (had) meaning to the bearer of it, basically.

The premise is simple and deep and poignant… that just like any other great passion in life, grief, too, needs a spectator and a theater. That life denies us “any formal recognition of the demise of a relationship, despite its strong emotional effect” and that people should, therefore be allowed to grieve, publicly if it were, to help heal, and get on with the business of living, leaving behind the relics of their dead relationships in the Museum of Broken Relationships.

“You have to keep breaking your heart until it opens” – Rumi 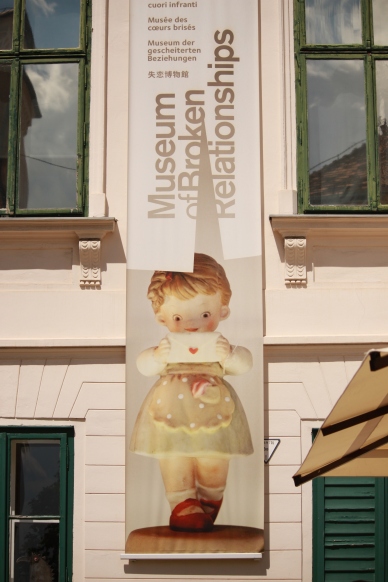 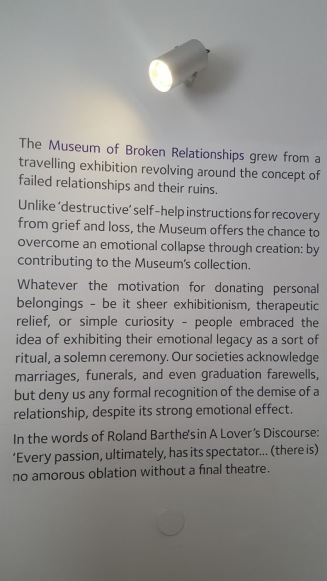 Try not to miss this on your Zagreb trip, despite the pop-culture popularity of the museum and do stop by at the Bistro Cafe down by the funicular for a drink of the gorgeous Bura craft beer after.

And someday, maybe that one half of the pair of cuff-links that had come off in your hand as you grabbed your lover’s wrist,  while  you led the way into a hidden little jazz speak-easy (one moonless summer’s night), will find its pride of place in this museum. Until then, hold on to him and his hands – and take good care of those cufflinks.

You will need them one day.

RIP, you gorgeous audacious love of all time.